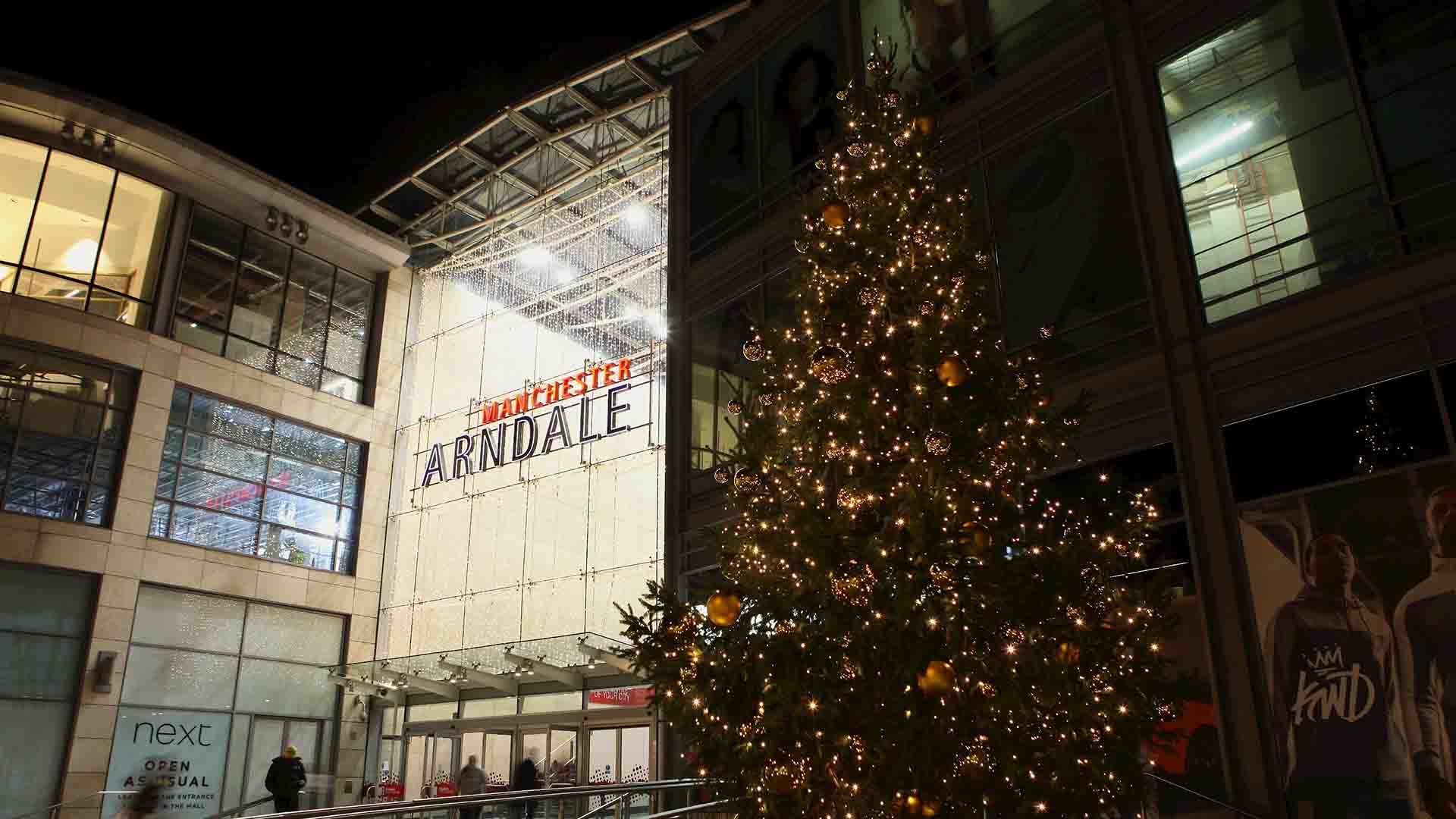 The 25ft Christmas tree is just outside the centre’s entrance on Corporation Street, overlooking Exchange Square. Reaching the height of an average two-storey house, it’s the first time the centre has featured a tree on its main steps, providing the perfect backdrop to your pics at the Christmas Markets.

Featuring over 75,000 thousand individual LED lights, the golden theme for 2017 was inspired by the Manchester Worker Bee, with honeycomb-style decorations featured throughout the centre. Shoppers can also see three 20ft suspended light displays in Exchange Court to match the bright lights of the newly refurbished Next flagship store. 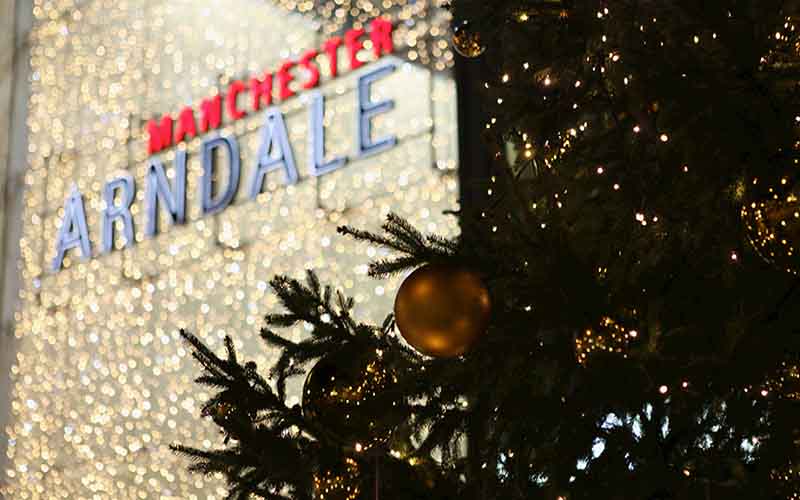 Manchester Arndale’s Centre Director, David Allinson, said:
“Manchester has so many fantastic festive pop-ups, including the extensive Christmas Markets and iconic Santa in Albert Square. Christmas trees are dotted around the city, but we were missing a large, destination tree like some of the other UK cities have. Each year we get lots of shopper requests for a tree, so we hope the new addition will make your photos of the area extra special.

“We’ve also designed completely new decorations, and incorporated subtle honeycomb elements to celebrate Manchester’s heritage and complement some of the amazing pieces of Worker Bee artwork popping up across the city. We’ll be running a special bee-themed giveaway in December so watch out for that.” 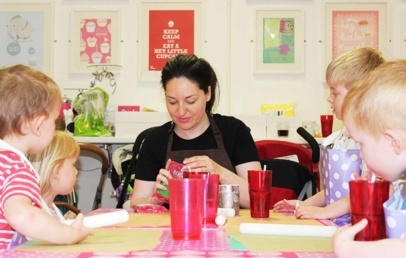 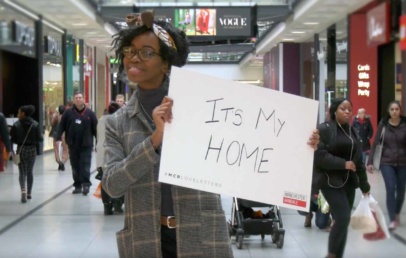