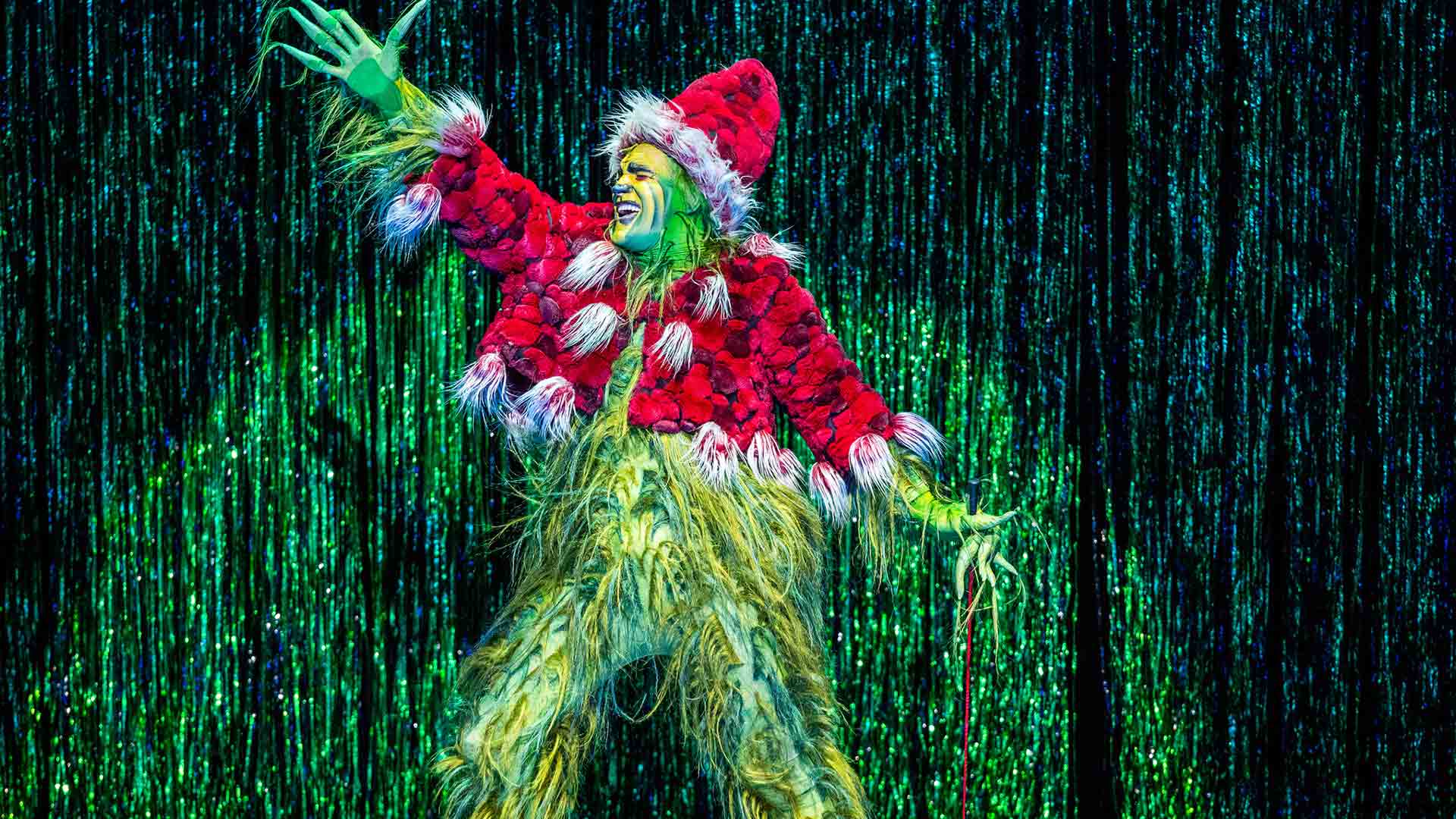 Dr. Seuss’ How The Grinch Stole Christmas! The Musical – the record-setting New York Christmas sensation – is to play Christmas 2019 season at The Lowry, from Tuesday 10th December 2019 to Saturday 5th January 2020. 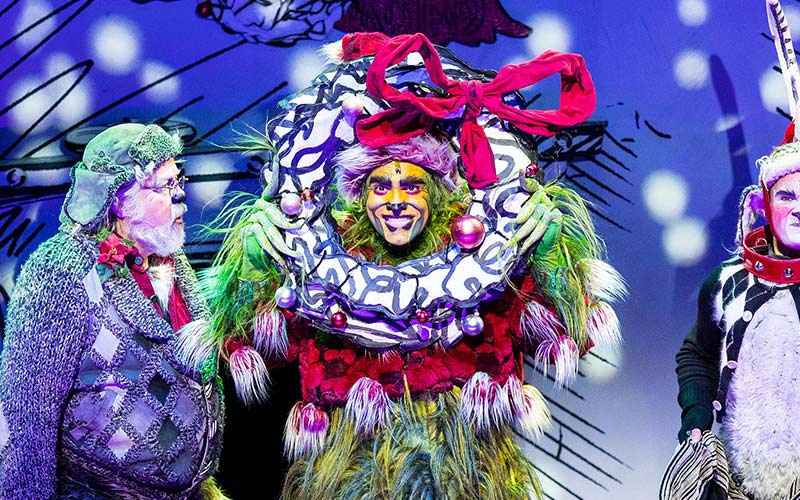 Featuring the hit songs ‘You’re A Mean One Mr. Grinch’ and ‘Welcome Christmas’, Max the Dog narrates the show, as the mean and scheming Grinch, whose heart is ‘two sizes too small’, decides to steal Christmas away from the Holiday loving Whos.

Magnificent sets and costumes inspired by Dr. Seuss’ original illustrations help transport audiences to the whimsical world of Whoville, breathing life into this timeless story and conjuring the true meaning of Christmas. 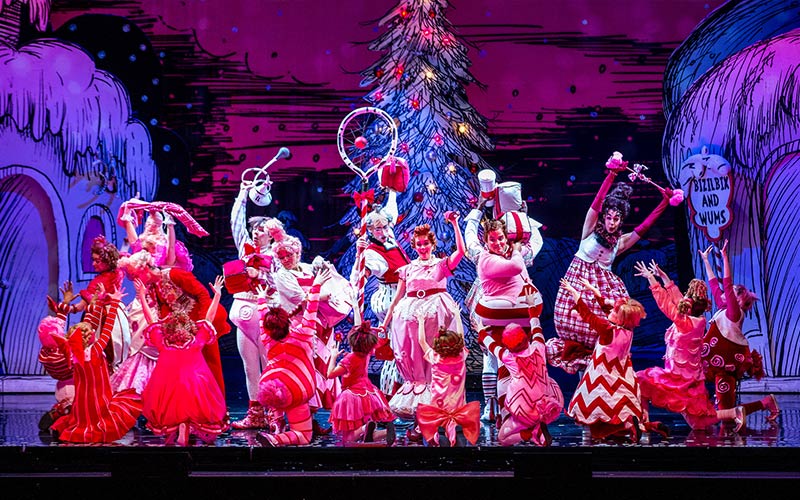 The 2018 production is based on the show originally created by three time Tony Award winning director, Jack O’Brien.

The show broke box office records for two consecutive years on Broadway. Since then, more than two million people across America have been thrilled by this heart-warming musical. 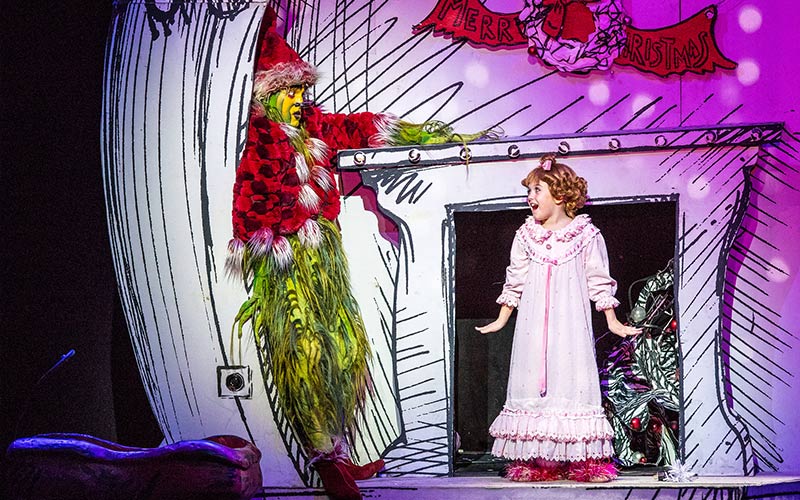 The announcement of the tour of the musical comes as a new movie of The Grinch – starring the voices of Benedict Cumberbatch and Angela Lansbury – is enchanting a new generation at cinemas across the country. 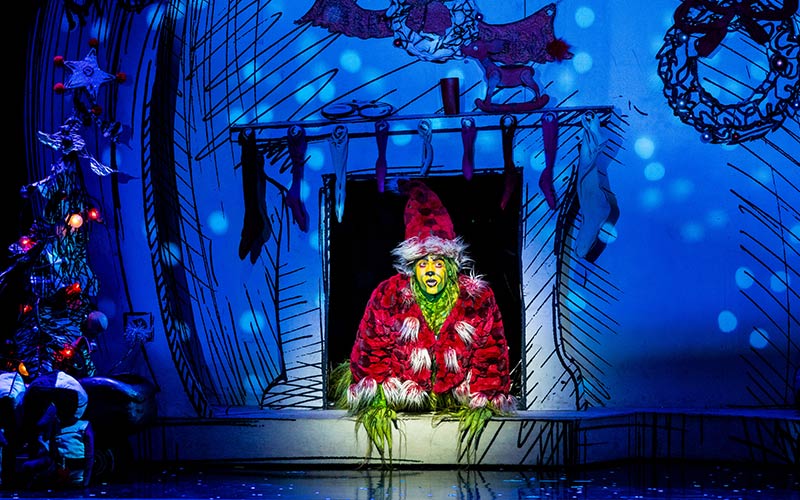 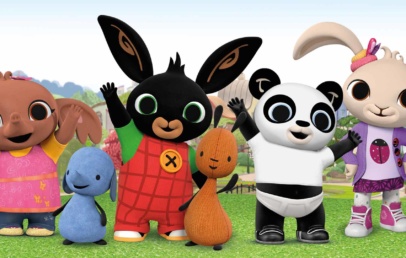 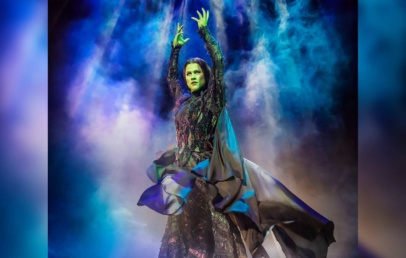