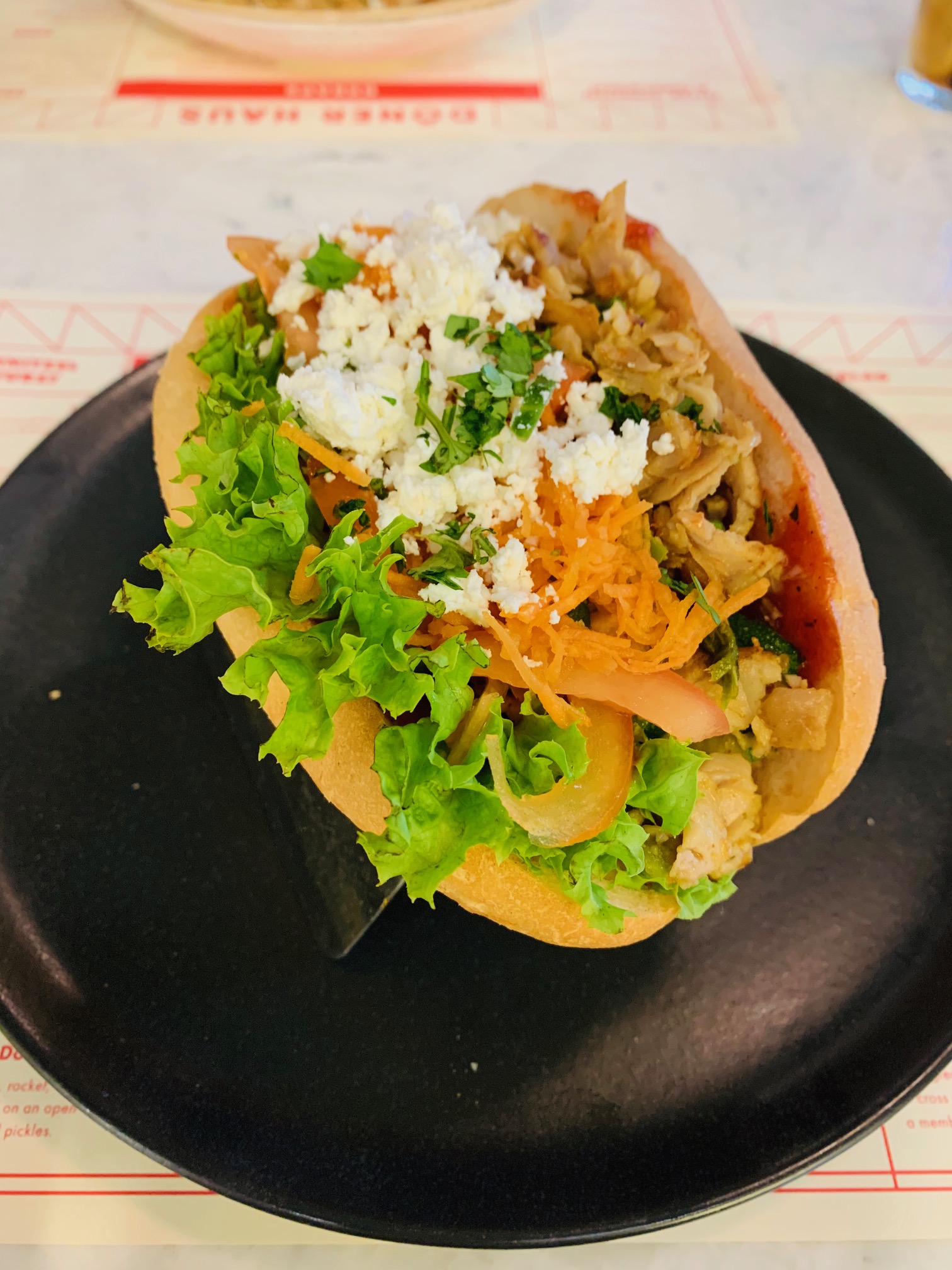 The newly opened Doner Haus, in the Corn Exchange, brings an intriguing new food concept to Manchester  – a German restaurant that appears to mix traditional German cuisine with an upmarket kebab house.

A kebab house doesn’t do this place justice as a description though. This is no dirty kebab for finishing off a drunken night out. It may well have the word doner in its name, and a row of meat spits proudly displayed on entry, but that is where the comparisons stop. For a start, there is not a non-descript piece of brown meat in sight. Instead the two kebab meat options is a doner made from veal and turkey and a chicken schwarma.

Other meat choices on the menu include impressively large looking bratwurst (innuendo intended) and chicken schnitzel. There are also various vegetarian and vegan choices, as well as gluten free versions of the traditional sourdough fladenbrot (flat breads) that the kebabs come folded in.

As someone who spent a year in the Middle East, I have had my fair share of schwarma, falafel and humous, so thought it was only right that I opted to try all of those to see how they stack up.

The saltiness of the feta worked perfectly with the subtly spiced chicken.

Starters and desserts don’t seem to be a thing at Doner Haus, so the emphasis is all on the main event (although there are a few bar snack options). The menu is pretty much split in to two sections, Berlin Kebaps – kebabs and vegetables served in a choice of breads that come from the restaurants own bakery; and plates combining a mix of meats, vegetables and chips.

After much deliberation, I ordered The Mustafa, a chicken shawarma kebab with salad, chargrilled vegetables, mint, coriander and harissa seasoning, all served in a Turkish pida with both chilli and garlic sauce and feta cheese. The saltiness of the feta worked perfectly with the subtly spiced chicken.

On the side I sampled the skin on fries, sweet potato fries and falafel with humous. The falafel was arguably some of the best I have ever had. Rather than being dry and crumbly, like so many are guilty of, this was more of a soft chickpea ball with a crispy shell. The humous it came with was almost creamy in texture.

As you would hope from a city centre restaurant on a Friday lunchtime, it was bustling with activity, but this didn’t stop the service from being attentive. Chatting to the manager after my meal, he said that this was one of the busiest days they have had in the two weeks since opening. They coped well.

By the time my ‘working lunch’ was over, I realised why dessert wasn’t a thing, I was as stuffed as the Turkish pida had been! 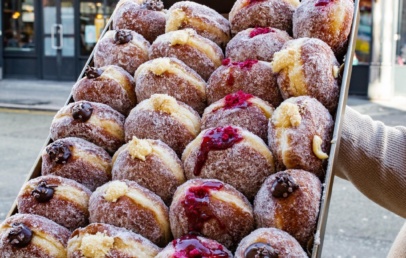 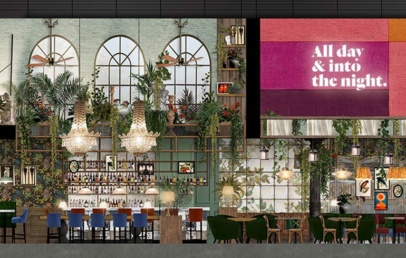