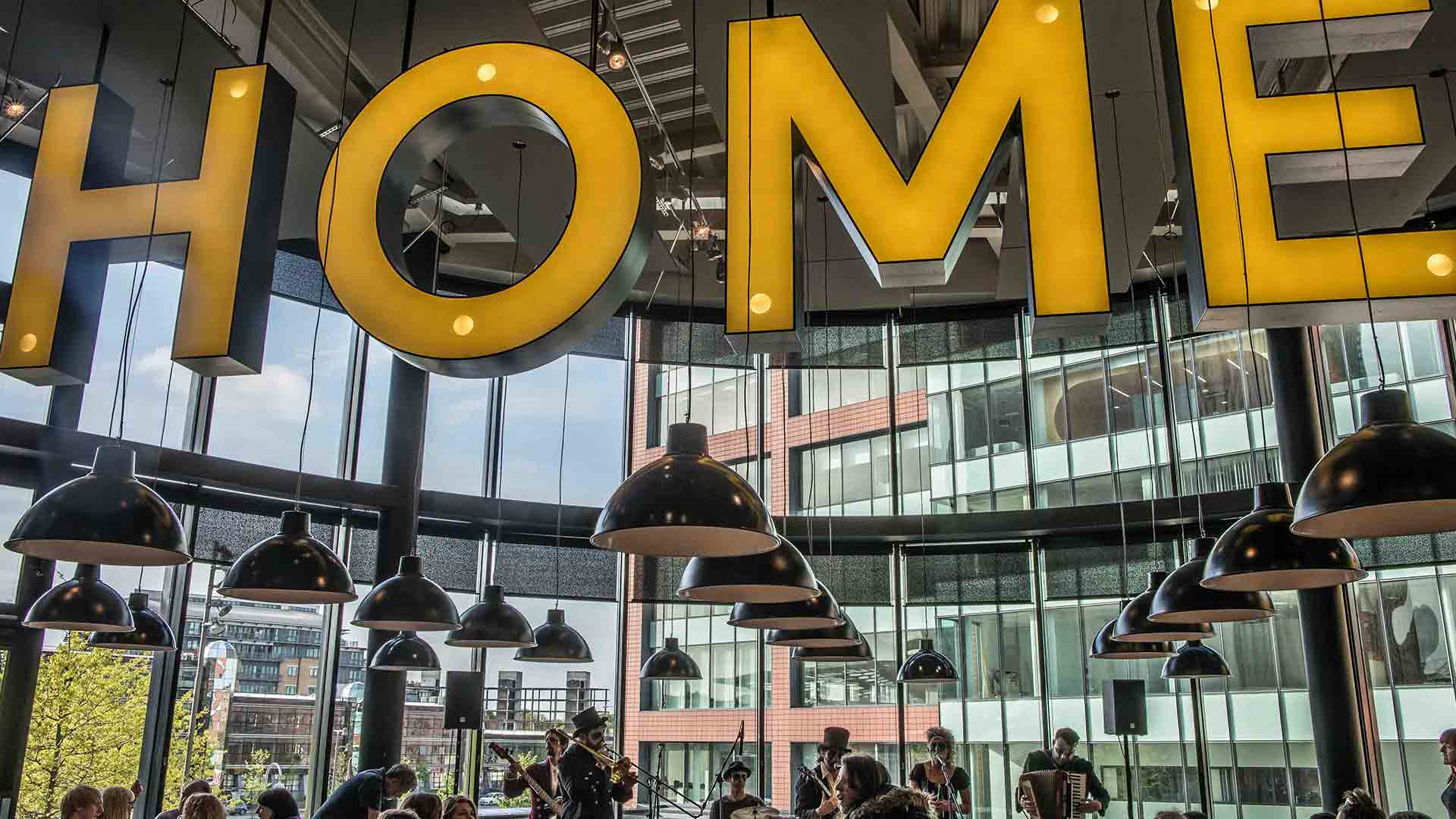 Manchester Folk Festival, a major new annual festival in Manchester celebrating the best of English folk and acoustic roots music, announces its first six concerts ahead of a full programme launch this April. From protest song to ballads, familiar names alongside exciting new talent it takes place from 19th – 21st October across the city with a festival hub including an outdoor stage at HOME. 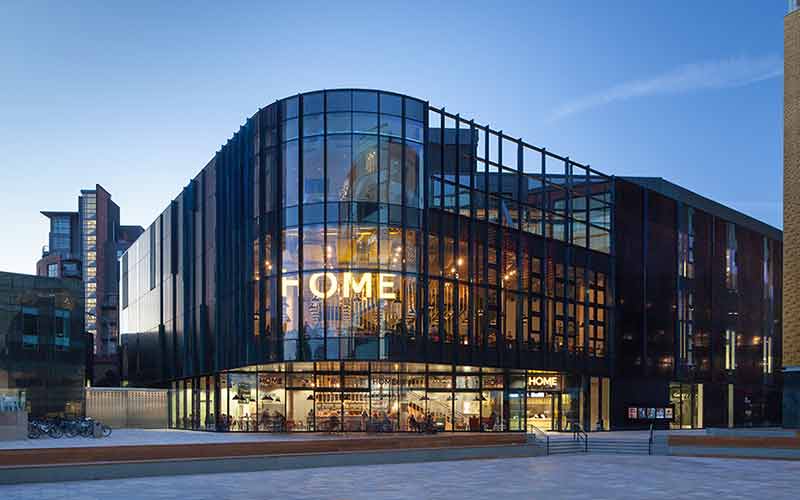 With over 16 concerts featuring 30+ artists in a mix of intimate, large scale, indoor and outdoor gigs, Manchester Folk Festival is dedicated to promoting and supporting new English folk and acoustic music. It will also host the English Folk Expo music showcase, attracting delegates from across the world and is set to become a solid addition to the thriving Manchester and UK festival scene.

Manchester Folk Festival is produced by David Agnew, director of So It Is and also artistic director for The Met in Bury and Ramsbottom Festival. David says
“I am thrilled to bring this exciting new festival to Manchester to present great folk found from throughout England. We have fantastic venues and to add a city based music festival to the global folk industry is really exciting. This festival is all about profiling and celebrating the range of great music described as folk or acoustic – offering audiences new artists and supporting emerging artists who deserve to be on the world stage”. 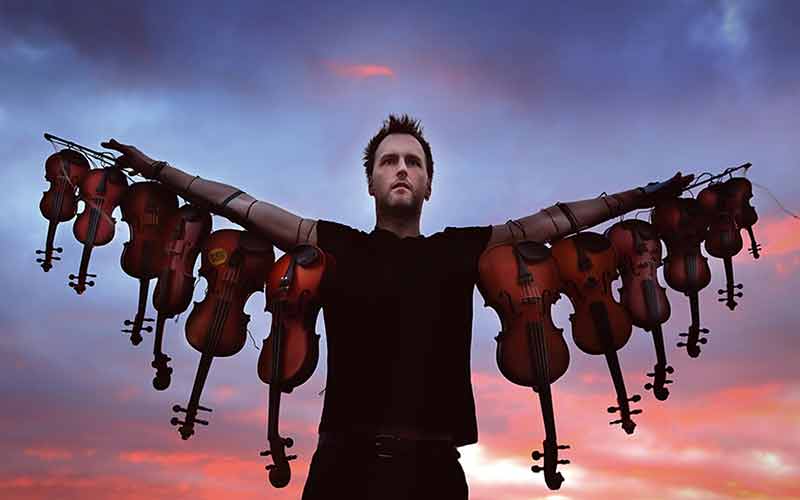 Jon Boden has become a stand out performer of his generation of English folk artists, and one whose repertoire extends far beyond the boundaries of the genre.

Perhaps best known as the lead singer, and one of the principal arrangers, of the multi-award winning Bellowhead, Jon has also performed with Spiers & Boden and formed his own band Jon Boden & The Remnant Kings in 2009. Both were set aside while the folk juggernaut that was Bellowhead went on to play to huge audiences across the UK, Europe and beyond. In 2016 Bellowhead split and Jon launched his solo career.

For Manchester Folk Festival Jon will bring a freshly launched and extended big band version of The Remnant Kings back to the stage. Featuring the great talents of Bellowhead’s Sam Sweeney and Paul Sartin, plus Leveret’s Rob Harbron and more, the appearance will be supported by the release of a new Jon Boden album in early autumn.

From the heart of Northumberland, this exciting new line-up conjures the spirit of the people and the landscape of the North. Alistair Anderson is a master of the English Concertina and a fine exponent on the Northumbrian Pipes. Northlands are guitarist Ian Stephenson, fiddler Sophy Ball and the singer and flautist Sarah Hayes. Together they make dynamic, energetic music that is rooted in tradition and underpinned by arrangements that make the music soar.

Jon Whitley and Jay LaBouchardiere are exceptional singers and musicians, taking a wide range of folk songs and reworking them in their own distinctive way. Their engaging original songs are inspired and rooted in the landscape and history of the British Isles, and their show combines their music with history, folklore and storytelling. Engaging, charismatic and humorous, the duo were recently nominated in the BBC Radio 2 Folk Award ‘Horizon’ category for Best Emerging Artist.

The Young’uns have proved themselves a unique proposition – writing and performing a cappella or subtly accompanied songs that tell it how it is, alongside traditional songs from their native North-East and further afield – songs of conscience, songs of warmth and wit, songs to provoke, songs to inspire.

Renowned for their pitch perfect harmonies and rapid fire humour, their live show undeniably has the human touch. Seamlessly switching from beautiful ballads to sparkling banter, from poignant songs to infectiously irreverent humour, they have built an enviable audience rapport. The Young’uns picked up the BBC Radio 2 Folk Award for Best Group in both 2015 and 2016.

Singer and fiddle player Jackie Oates has a pure, haunting style. Her distinctive treatment of English ballads and songs, and velvet voice has justly gained her a reputation as ‘a celebrity in the new folk scene’ (The Guardian). Jackie will be joined by long-term collaborator and multi-instrumentalist Mike Cosgrave. “Over the course of her solo albums and side projects Jackie Oates has been in possession of one of the most gorgeous and lyrical singing voices. There is a faraway quality to it, as well as a melancholy and a note of surrender in the sweetness and warmth.” Songlines 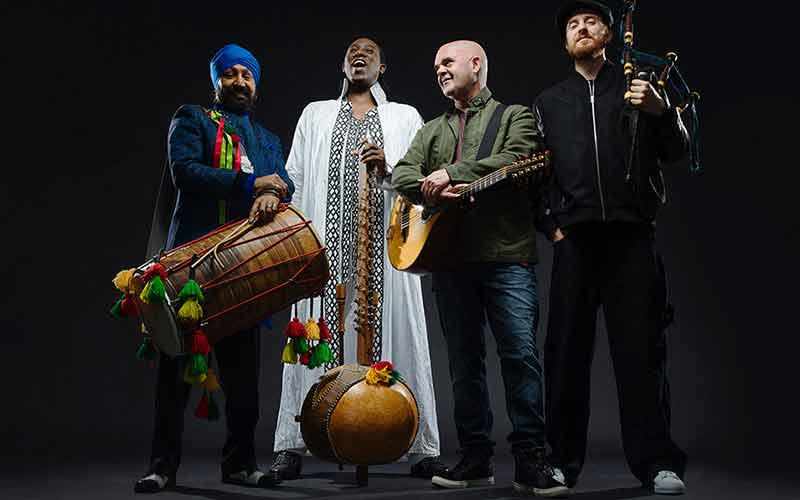 An energetic and captivating live music spectacle, innovatively combining folk traditions of different cultures to breathtaking effect. Afro Celt Sound System are a European and African based collective who’ve been a ground-breaking force in music ever since they started.

They celebrated their 20th Anniversary with a stunning new album, The Source. Described by fRoots as “a colossus of an album”, it has taken their cross-cultural collaboration and acclaimed live performances to another level.

The show will feature contributions from a host of outstanding musicians which together fully demonstrate the eclecticism of the band’s music.

With ethereal close-harmonies, tight-interlocking guitars, deep bass and an intense lead vocal, The Nightjar weave an atmospheric sound. A vibrant collective of multi-disciplinary artists, the band play “lo-fi post-folk songs for the end of time”. Their sound is dream-like and hauntingly beautiful. 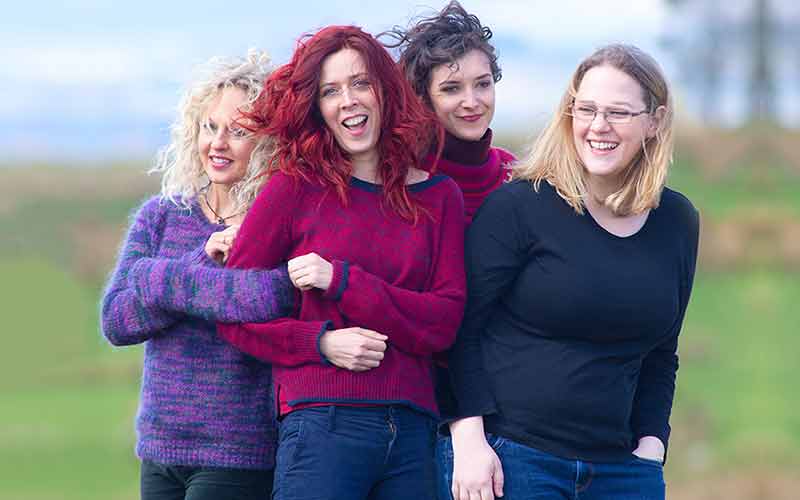 A thrilling musical event, bringing together folk and classical worlds with an irresistible combination of players and instruments.

Kathryn Tickell, the foremost exponent of the Northumbrian pipes is joined by Ruth Wall (harp), Amy Thatcher (accordion, clog dancing), Louisa Tuck (cello), to create a four-piece ensemble. The Side stay true to the spirit and essence of Kathryn’s own Northumbrian folk tradition, whilst unleashing the talent and creativity of each individual musician.

Evocative slow airs that could break your heart move seamlessly into life-affirming jigs and reels; Amy storms into a clog dance; Kathryn’s dizzying rapid-fire piping contrasts with the richness of the cello and Ruth’s sparkling harp playing melds it all together.

Kathryn Tickell was awarded the OBE for services to folk music in 2015 and Musician of the Year in the 2013 BBC Radio 2 Folk Awards.

Legendary musician and songwriter Tom Robinson brings his band to Manchester Folk Festival for an incendiary live performance. Tom Robinson’s success crosses the generations – his strong melodies and fierce lyrics as relevant and vital now as in the UK punk era.

First known in the 1970s as an LGBT activist and musician with The Tom Robinson Band (TRB), their Top 5 debut release 2-4-6-8 Motorway became one of the landmark singles of the time. Now a full-time broadcaster with BBC Radio 6 Music as well as a solo artist, Tom has recently played festivals from Green Man to Glastonbury. His 2015 solo album featured guests such as Billy Bragg, John Grant and Ian McKellen.

To mark the 40th anniversary of 2-4-6-8 Motorway in October 2017, Tom pays tribute to the original TRB by performing his entire Power In The Darkness album with a classic four piece line-up featuring Faithless drummer Andy Treacey, Richard Ashcroft guitarist Adam Phillips and keyboard virtuoso Jim Simmons, plus Tom himself on bass and lead vocals.

An explosion of loud, electric, folk-rock, False Lights is a collaboration between multi-award winning singers and guitarists Jim Moray and Sam Carter. This is a gleefully raucous guitar band that plays traditional songs and tunes, formed in the spirit of the genre’s late-‘60s originators but informed by the music of Sam and Jim’s far more recent youth.

Fans of Sam and Jim’s often sombre solo work might be surprised by their stated intention to make False Lights a joyful spectacle. But that’s immediately evident when they perform. This is a turn-it-up-to-eleven-and-throw-yourself-about-your-dad’s-garage kind of group. Folk songs you can jump to. The six-piece band boasts not only Carter and Moray on vocals and guitars but also Nick Cooke from the Kate Rusby band on melodeon, Tom Moore from Moore, Moss Rutter on violin, Jon Thorne from Lamb on bass, and Sam’s long serving drummer Sam Nadel. It’s a dream list of musicians, making a fantastic racket.

Kings of the South Seas

Sea shanties and sailors’ ballads both wistful and rousing, inspired by the epic whaling expeditions to the South Pacific in the early 19th century. Kings of the South Seas is made up of three acclaimed artists – Ben Nicholls, Richard Warren and Evan Jenkins – bringing rich vocals and beautifully spare instrumentation. 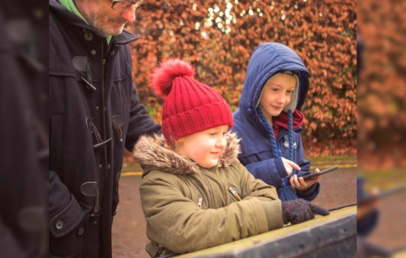 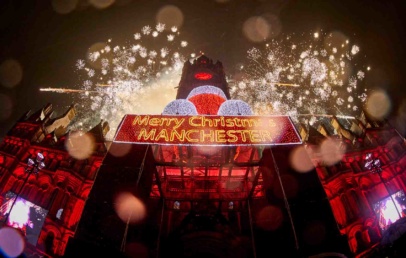