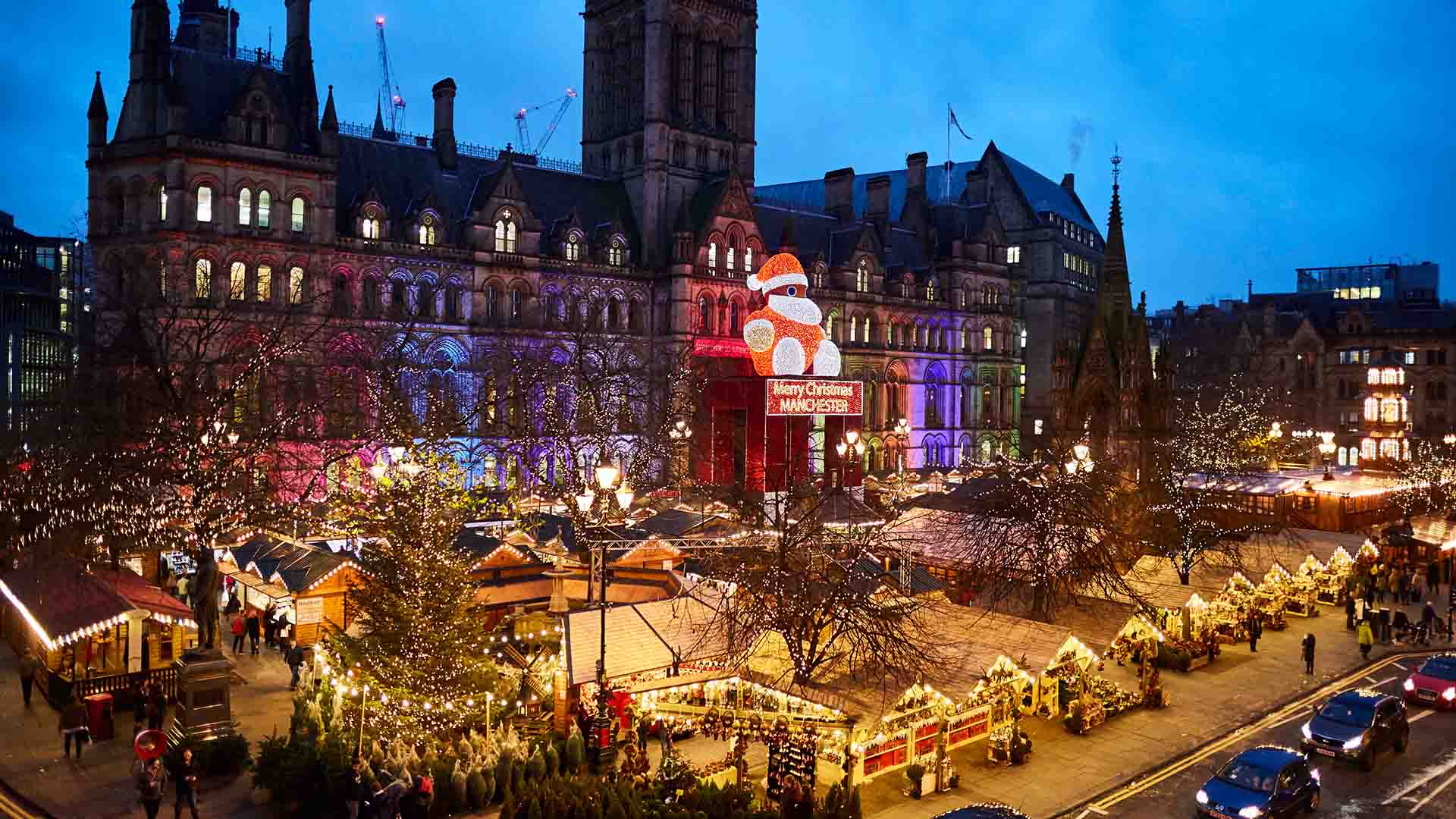 The Christmas extravaganza transforms Manchester with markets spanning across multiple sites across the city centre, including Albert Square – overseen, as always, by the six tonne giant Santa – King Street, St Ann’s Square, Exchange Square, and the return of the family area on Cathedral Gardens, complete with ice rink and fun fair. 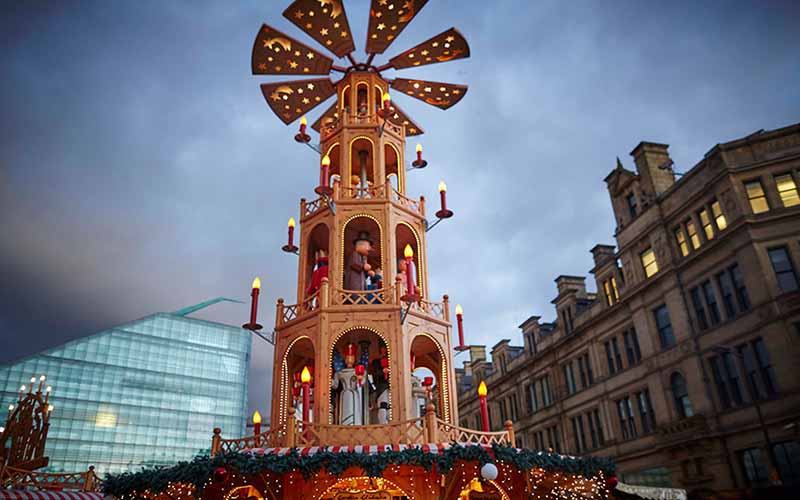 Traders from across the continent, as well as the North West, will begin selling their wares from Friday, 10th November to Wednesday, 20th December (open daily from 10am until 9pm) while the Christmas Market hub on Albert Square will remain open until 6pm, 21st December.

From traditional European foods – including, of course, the obligatory Bratwurst and Gluhwein – to street food culture conquerors, there is something to satiate every taste, and provide the much needed energy to finish off the Christmas shopping.

Sure to catch the eye, the ingenious Yorkshire Burrito has arrived in Exchange Square, bringing with it a new purpose built chalet by Manchester stalwart Porky Pig. For those who haven’t been following the online craze, the bold creation takes a giant rolled Yorkshire pudding with your favourite filling, and – with a European-twist – melded together using a Panini maker. 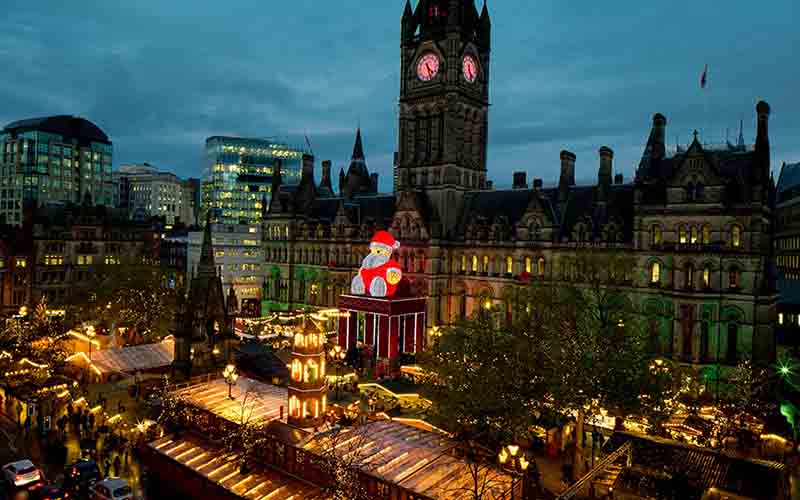 Northern Soul are returning to their Albert Square spot with their gourmet grilled cheese. Their Christmas dinner in a sandwich was one of the most popular bites from last year’s market, but this year the cheesy geniuses have doubled down with their own brand of hard shakes! Also returning for their second Christmas Market outing, Tikka Kebab Kitchen have signed up with some of the best Indian food in the city – and one of the best vegan curries going! And for the beverages, Elsie May’s Tea Room in Exchange Square is leading the Prosecco charge with Rose Gold Shimmering Prosecco as well as a warm cookie dough and cream for pud – an Elsie May special. Or visit the Well and Spruce in Cathedral Gardens with their new espresso martinis, traditional hot meads, and superb hot chocolates.  But for the refined pallet it can only be the fine wines brought to Exchange Square by Del Mercato’s – who also do a pretty fine stone baked pizza. Or real ales in Albert Square by Manchester Winter Ale House.

Albert Square will be overseen, as always, by the six tonne giant Santa celebrating his 10th birthday! He will take his usual perch above the market, lit by 100,000 energy efficient LED lights. 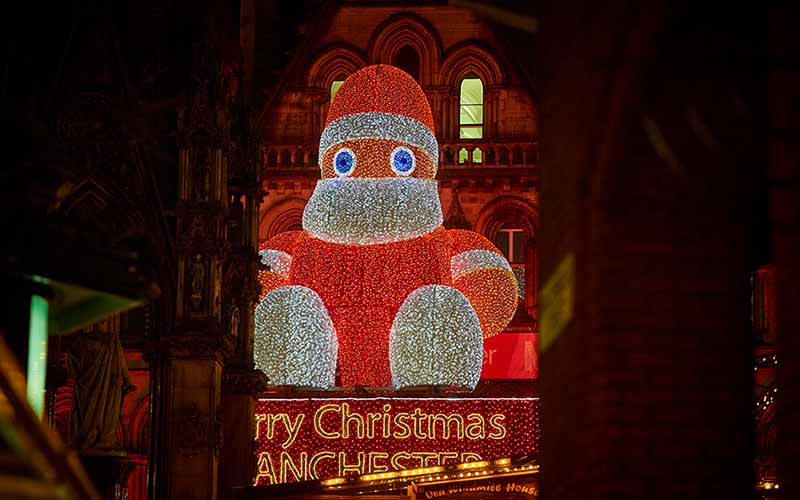 Regular visitors to Manchester’s Christmas Markets will notice more security measures designed to reassure the thousands of people who visit the attraction each year.

All Other Market Sites (more sites to be confirmed)

All Bar and Food Areas 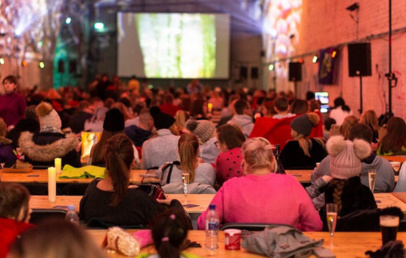 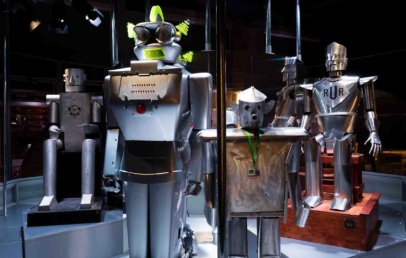 Robots Are Coming to Town